The root of all evil. Strong beginnings, or outlandish claims? Let’s examine the evidence. On my priority list of proofs is our main list of logical fallacies. To continue beyond this would be an exercise in futility. Yet, oddly enough due to the unrelenting pressure of indoctrinated education this would certainly get overlooked. Statistics are hard to avoid. We’re all wired to take information and bring it through our rationale system. Which, thanks to public outreach institutions such as Tavistick, Rockefeller, have dumbed and duped the masses in to a multitude of inibriated digitards. There was a time, such time as Anne of Green Gables, where the public one room school house taught students in correct fundamental knowledge, so all students are forced to flower into vigilant investigators of the human existence. A recount of a story during the first crusades help illustrate the point. In a time of some expanse, was a time amongst men where technology was the deciding factor of war. I do not have the fortunes of tracing this story in the exactness it deserves, but at some point during the fall of the Byzantine Empire documents relating to a system of education was procured by the Roman/Christian conquerers. This system is what we know as the Trivium. My premise that I’m driving at employs this very system in deducing my proof. The grand design included a system for the benefactors of this whole creation to take part as conscious and involved parts of the whole. Sadly, we have for the most part been circumvented from these benefits bestowed by our creator. Instead, our leaders and teachers have replaced a system of critical thinking with an emotion based logic better suited for a rat in the cage. This deterioration happened slowly enough that as generations of dumbed down masses replaced our earlier inquiring, properly educated forefathers it went off without notice. The few of us that have become aware of this heist, are numbers no longer sufficient to support the cause. There isn’t much time, as we are only weeks away from a world innoculation that will further tear us from truth, nature, and ultimately God our creator. This world innoculation, will take all, christians, muslims, and Jews who have broken from the true covenant with God and cement the separation of their soul from their physical body. The sophistry by how they have dumbed the masses to the point of self administered termination is beyond the capacity to understand of the victims of this evil enterprise. It is my duty to be as my brother’s keeper, and issue warnings for others to note. It’s never too late to go back to basics. Classical education will take your five senses and realign them with the pursuit of truth by investigation. Benefactor of knowledge Pythagoras, is credited for laying the foundation for this type of thinking. The development continued by way of his students, and was exclusive to the world’s elite until the one room school house of the 19th century. Which was quickly mitigated upon the incursion of marxist idiology into American politics earlier in that century. The new Prussian system of education deployed by those in control would assure total human enslavement within just a few generations, simply by doing away with public’s ability to think rationally. And here we are today. The keywords are there for those whom are not content playing from the blind. Once you understand the game is rigged, the choice to play is yours. 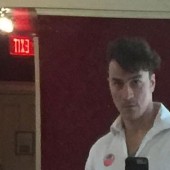 Float like a butterfly, sting like a bee. I'm here to help, so just a drop a line and say hello!