How they control medicine.

Purdue Pharma has pleaded guilty to misleading the federal government about sales of its successful pain reliever OxyContin, the prescription opioid that caused a national addiction crisis. The pharmacist and the Sackler family, which owns the company, received insignificant fines.
The company is accused of fueling a deadly opioid crisis in the United States that killed at least 450,000 Americans. Pharmaceutical giant Purdue Pharma, which has flooded the country with dangerous painkillers, has admitted that it uses questionable marketing methods, and is now close to bankruptcy.
Aggressive advertising, corrupt medical professionals and lack of oversight brought the company to where it is today. The company itself developed a drug, tested it, produced it, reviewed it in its own scientific journals, prescribed it through its doctors.
In the early 1920s, the Jewish Sackler family moved from Ukraine to New York in search of the American dream. Patriarch Isaac Sackler opened a grocery store and managed to give his three children a medical education. The eldest of the brothers, Arthur, was something of a marketing and advertising genius who turned a small pharmaceutical company into the Purdue Pharma empire.
Now the family’s fortune is estimated at at least $ 13 billion, largely thanks to morphine-based pain reliever oxycodone. Oxycodone had the advantage of the image: it did not cause as a cautious reaction among doctors and patients as morphine, associated with drug addiction and cancer.
Purdue Pharma’s goal was to dramatically expand the potential market for OxyContin. Painkillers, justified during recovery from surgery or to mitigate cancer pain, began to position themselves as almost universal pain relief, be it migraine or arthritis. The company concealed that the drug is addictive, that the body acquires tolerance to the drug and requires an increase in dosage.
In practice, this meant that patients either switched to heroin or started buying OxyContin on the black market. In both cases, they died from overdoses, and the total number of victims of the opioid epidemic in the United States exceeded 450,000 people, notes the NYT newspaper.
All of this would cost Purdue Pharma about $ 8.3 billion in criminal and civil penalties, but in reality, it is unlikely that it will end up paying this sum – the company has filed for bankruptcy. At the same time, members of the Sackler family themselves came away with just 225 million in civil lawsuits. The Sacklers do not face criminal charges.
Purdue President Steve Miller acknowledged that to meet sales targets the company told the Drug Enforcement Administration that it had created a program to prevent OxyContin from being sold on the black market, even though it was marketing the drug to more than 100 doctors suspected of illegally prescribing OxyContin.
Purdue also pleaded guilty to paying bribes to doctors to prescribe OxyContin and to an electronic medical records company, Practice Fusion, for showing alert doctors that they were trying to increase prescriptions for opiates.
OxyContin was introduced to the market in the mid-1990s as a miracle non-addictive pain reliever. That was false, and as more doctors prescribed it, people across the country became addicted to the drug.
The increased demand created a booming market for illegal prescriptions and pharmacies that were actually OxyContin stores, which also contributed to the addiction to illegal opiates such as heroin and fentanyl.
“The abuse and diversion of prescription opioids has contributed to a national tragedy of addiction and deaths,” Jeffrey A. Rosen, the U.S. Deputy Attorney General, said in a statement.
*Forwarded Article 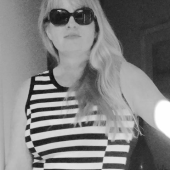 The Nine of Cups.

The First Sin After Flood